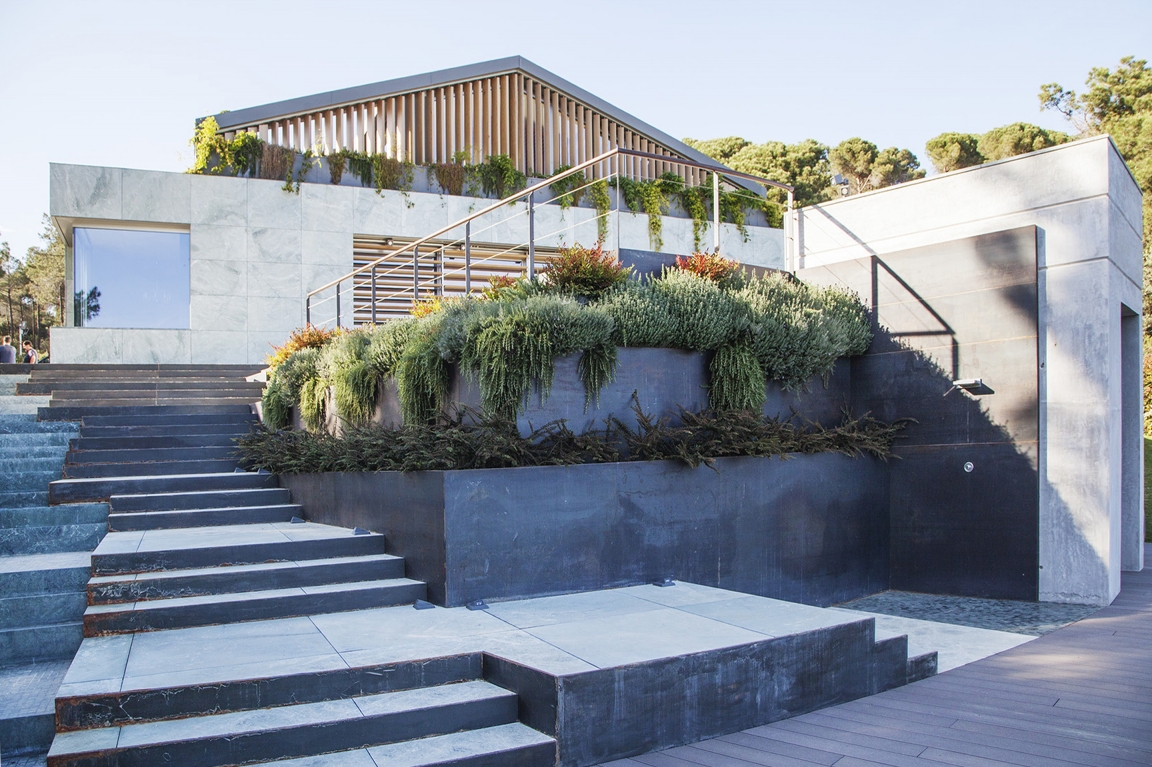 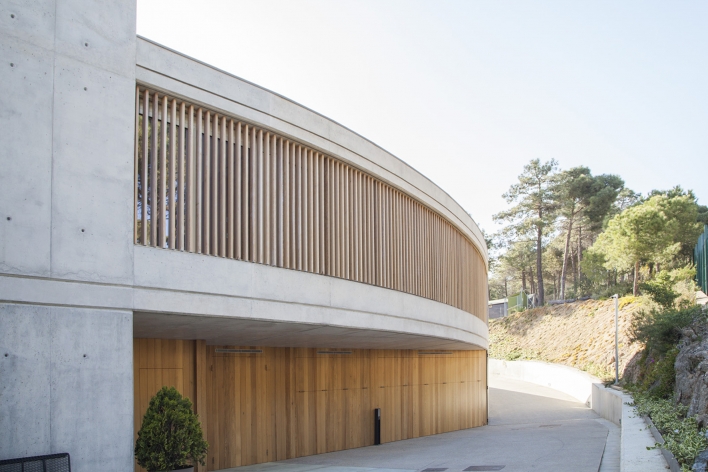 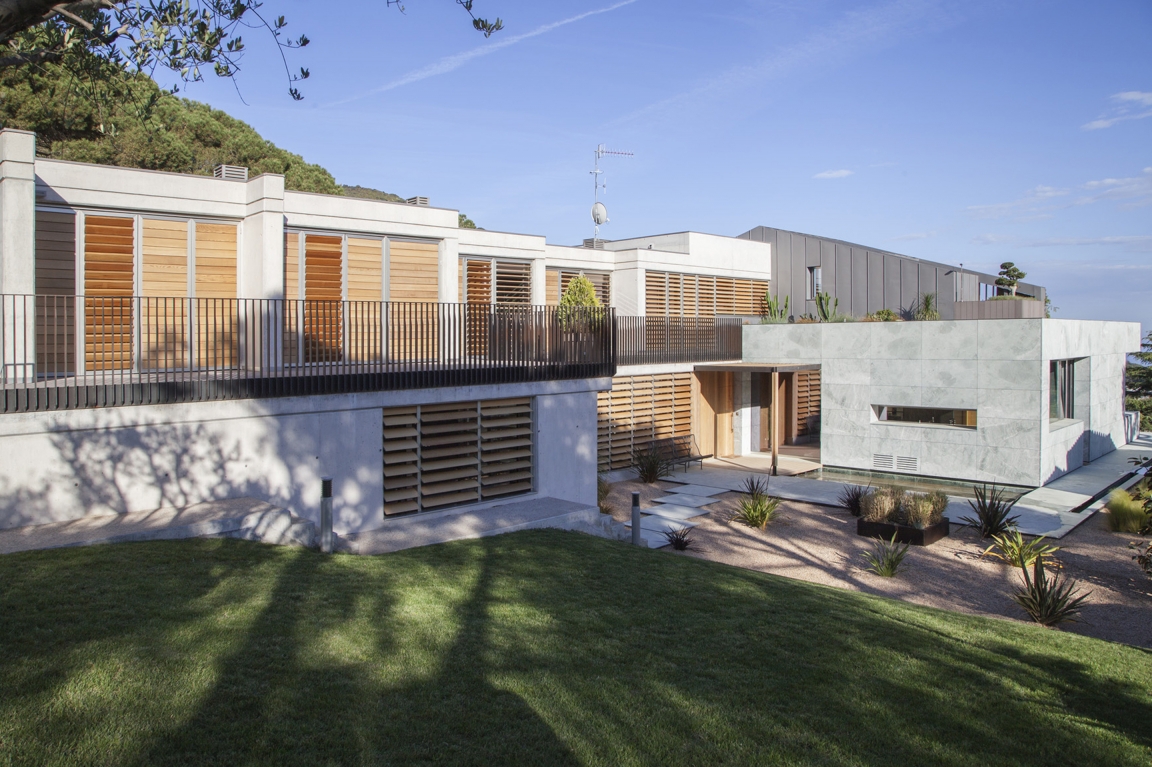 The project is a refurbishment and extension of a “Masía” from the sixties. Because of this, the shape of the main facade had to be preserved. The project is located in the Maresme, in the province of Barcelona, near the coastline in a unique natural environment.

The proposal takes advantage of a pre-existing natural platform, while integrating the topography to avoid avoid further damage on the territory. Water becomes an element that joins the house and enhances the slope towards the pool through a staircase waterfall.

The vehicle access is moved through the North part, next to the threshold of the farm and the Northeast facade, in this way it is possible to set free the southwest space in front of the house and increase the garden-roof space, becoming one of the best outdoor spaces of the project. The two-story extension to the room area, facing west, draws a curve on the back of the current house. The main room on the other hand faces southeast with direct views of the sea.

2019-Founder and vice president of GIxSU, group of urban sustainability in Barcelona
2018 Academic Member of Athens Institute for Education and Research ATINER
2015-2020AUS (Architecture and Sustaina