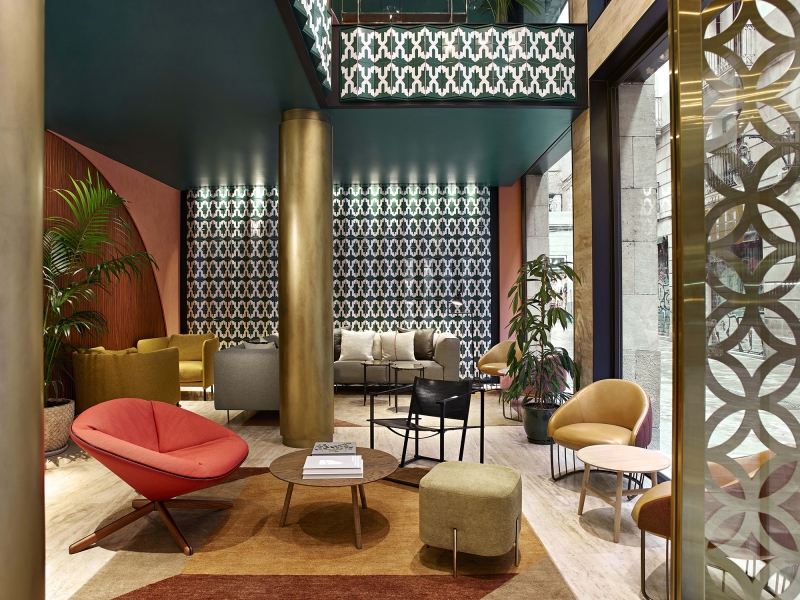 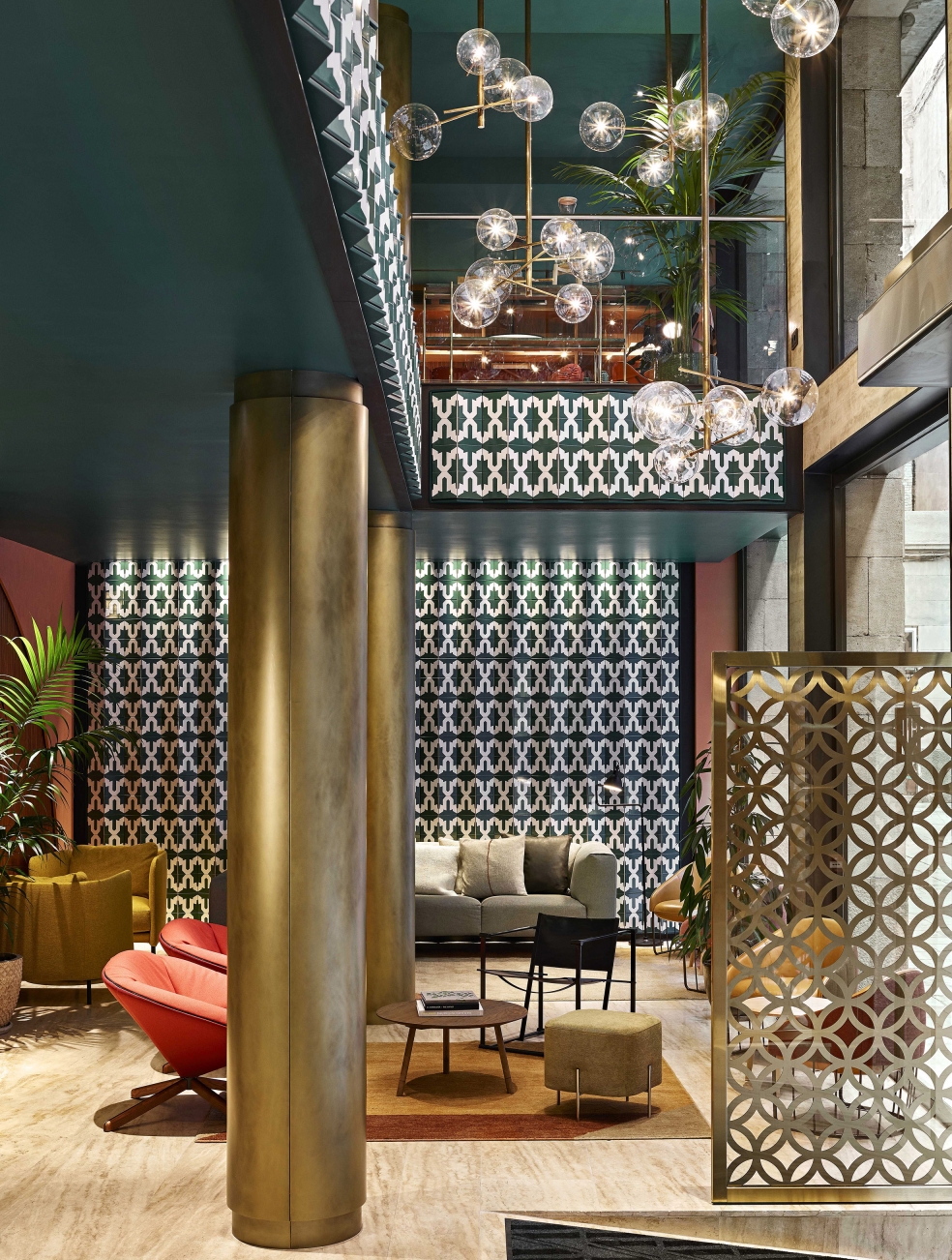 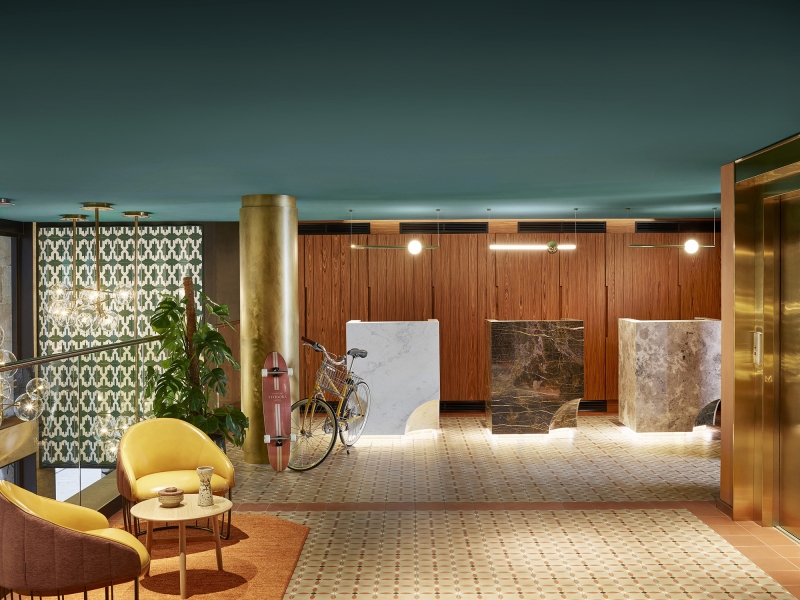 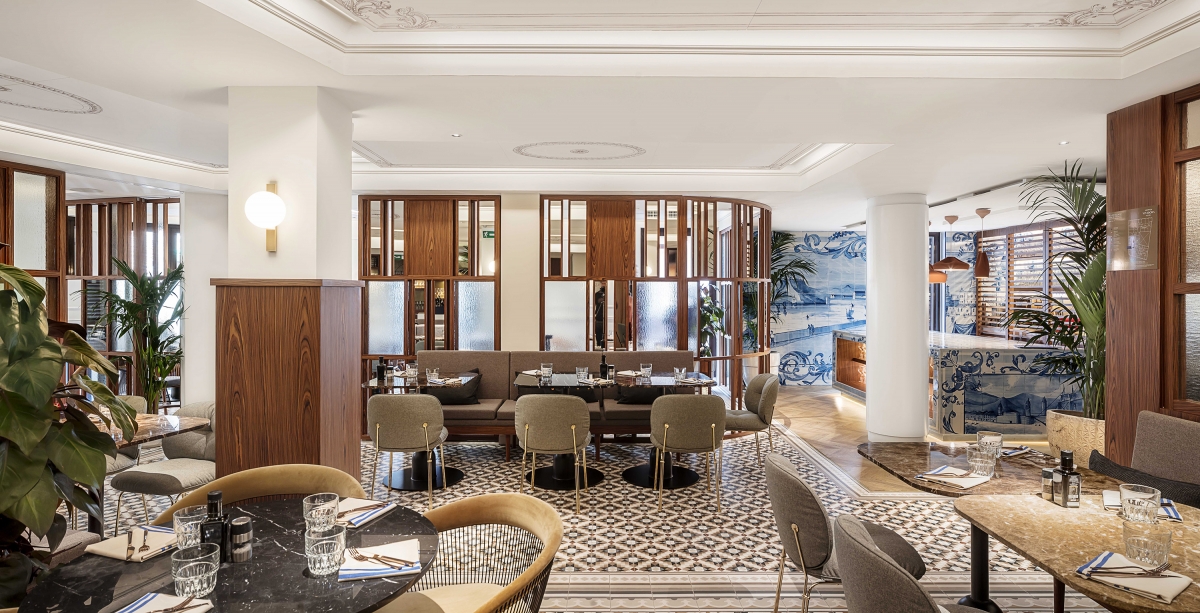 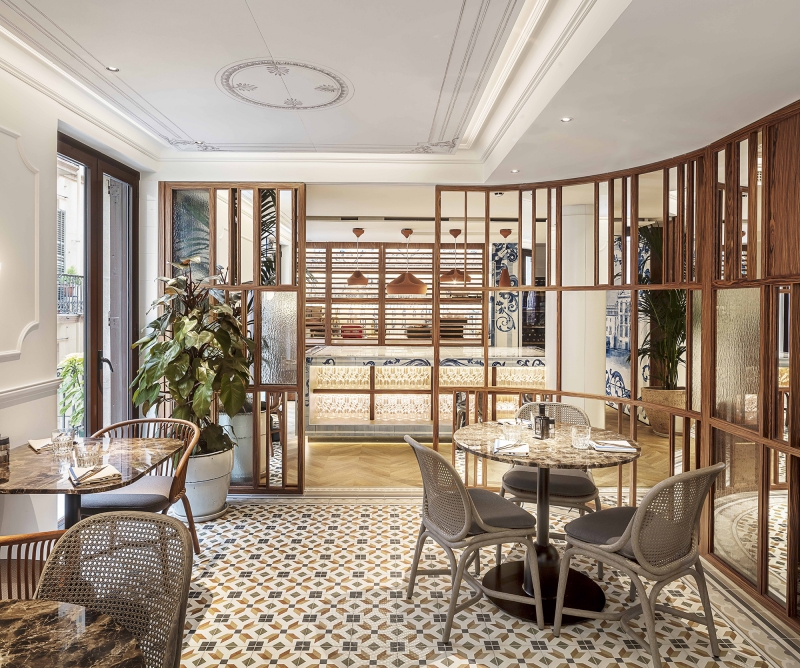 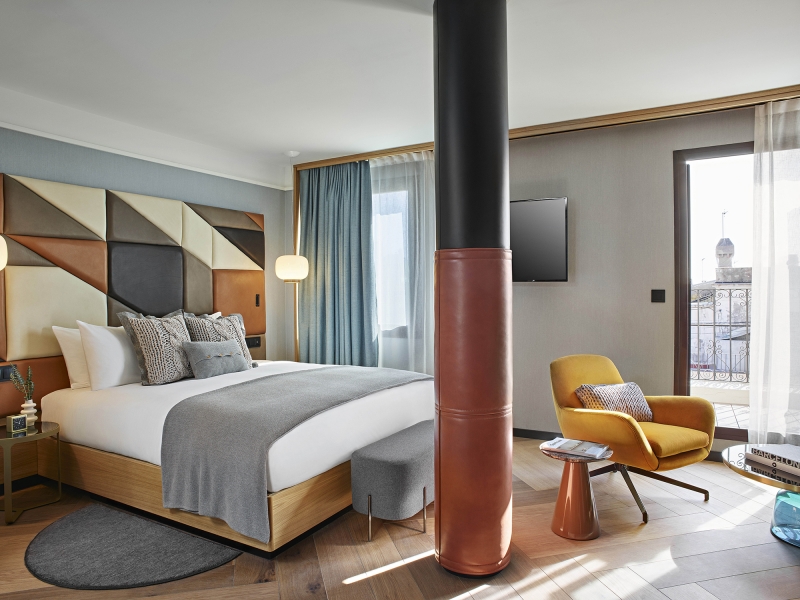 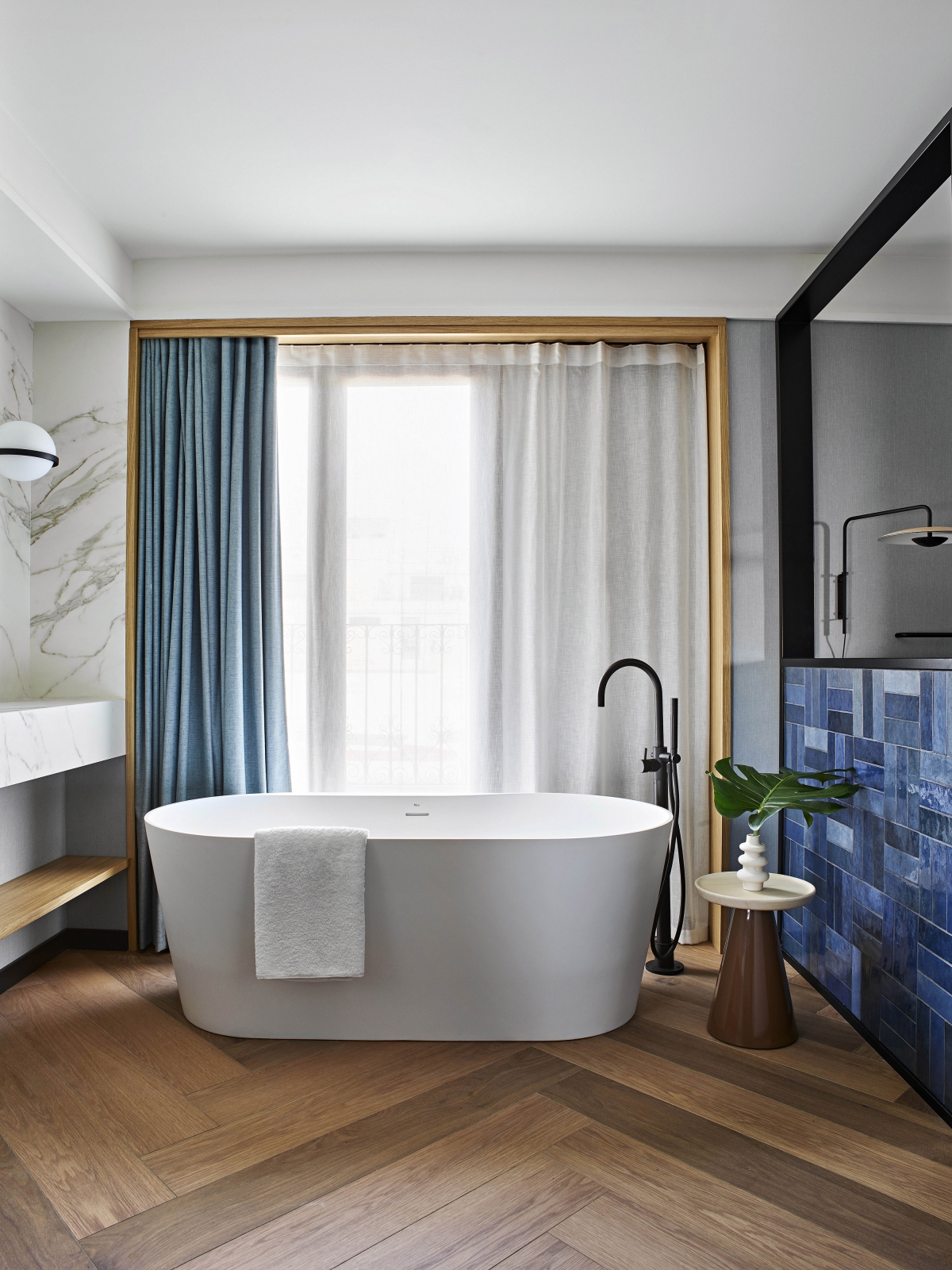 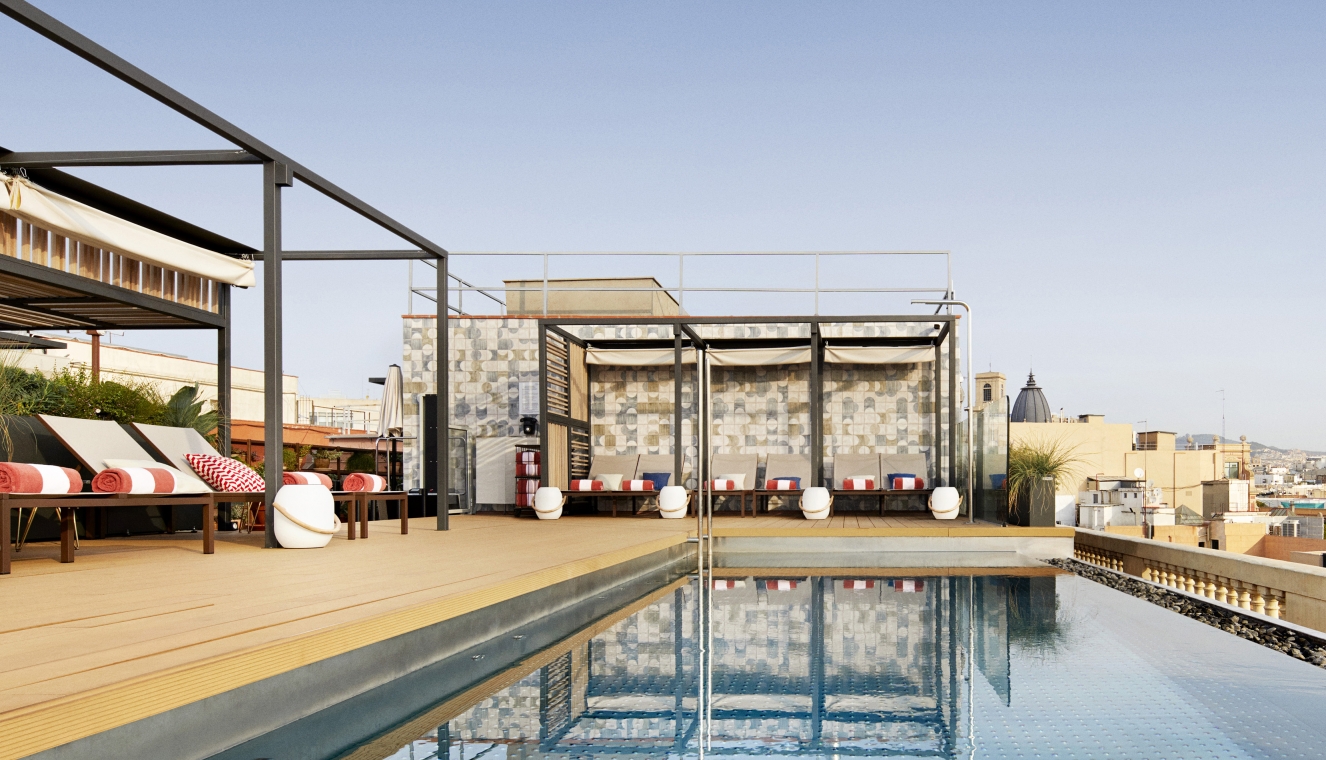 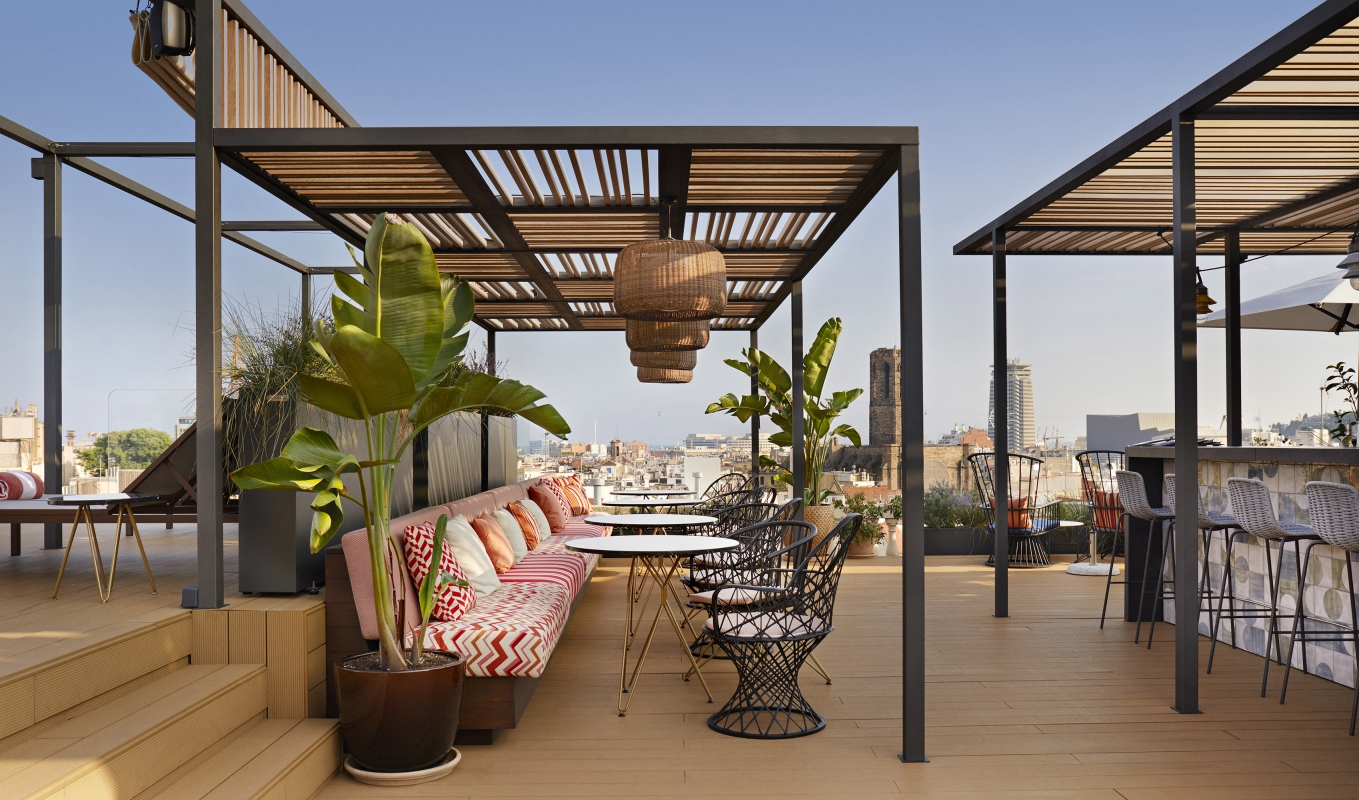 The briefing was to create a Hotel with a local approach, handcrafted and custom-designed, with unique spaces that reflect Barcelona’s lifestyle and architecture.

Our design brings the city and the neighbourhood naturally into the project, establishing a dialogue between the Hotel and Ciutat Vella (Old City): an artsy area with an old body and a young soul.

All spaces have a chic and joyful atmosphere, unforcedly elegant and genuine at the same time. Handcrafted elements, local brands and art, together with reinterpreted references to its historical past, mixed with a contemporary spontaneous design approach, give Kimpton Vividora Hotel a unique, energetic personality.

Custom-designed ceramic tiles, inspired by Barcelona’s broad ceramic craftsmanship tradition, are applied to walls and dividers all over the hotel. Colour and texture are the other two essential ingredients in our cocktail, as part of Barcelona’s soul and body.

We also wanted to connect the hotel with the city socially and economically. With this objective, most of the furniture, materials and finishes are local brands, avoiding long transports while helping the planet.

Bio EL EQUIPO CREATIVO is a Barcelona-based interior architecture studio, specialized in the design of hospitality, gastronomy and brand spaces. Founded in 2010 by the architects Oliver Franz Schmidt, Natali Canas del Pozo and Lucas Echeveste Lacy, the studio shares the idea that space tells stories, creates sensations and atmospheres. They have worked for some of the most prestigious chefs in the world, like Ferran Adrià, and among their designs, there are four Michelin star restaurants. The prestigious design FRAME recently selected them as one of the 20 most influential designers of the world.