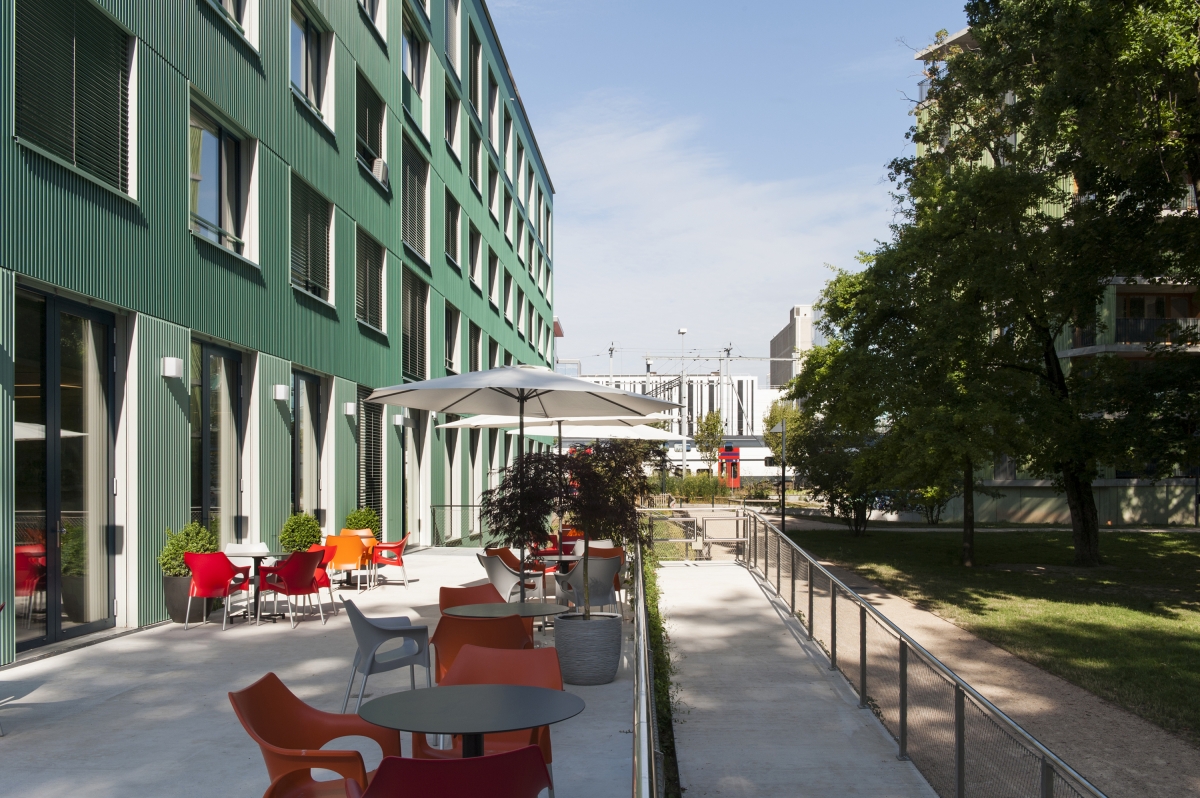 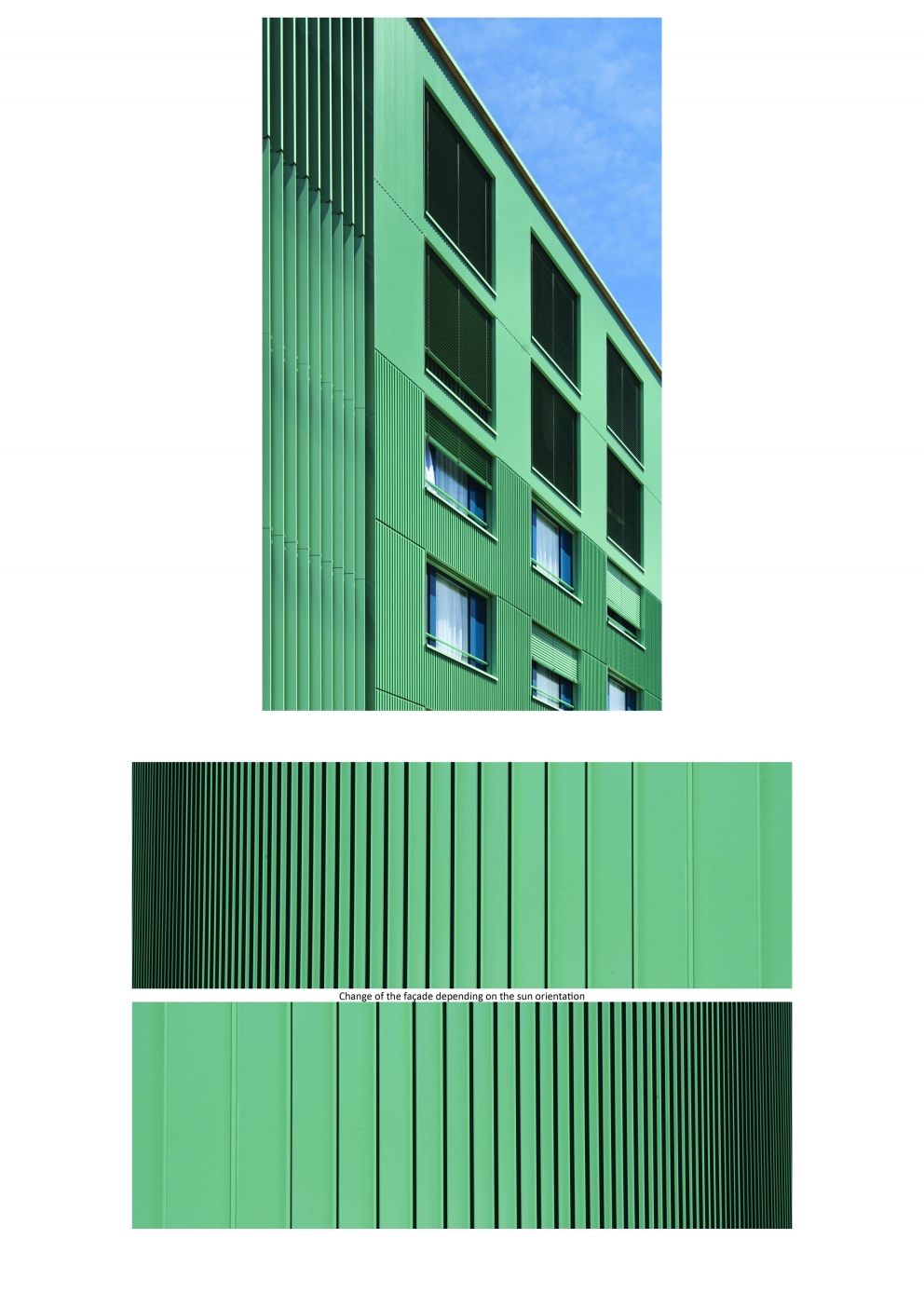 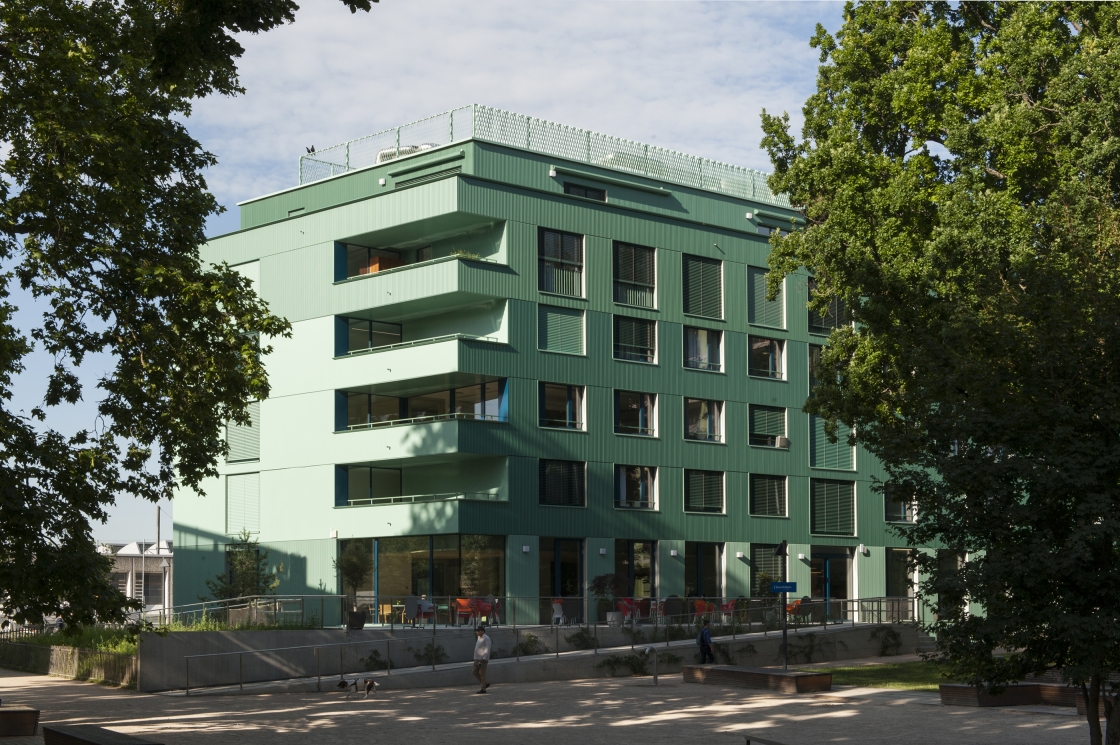 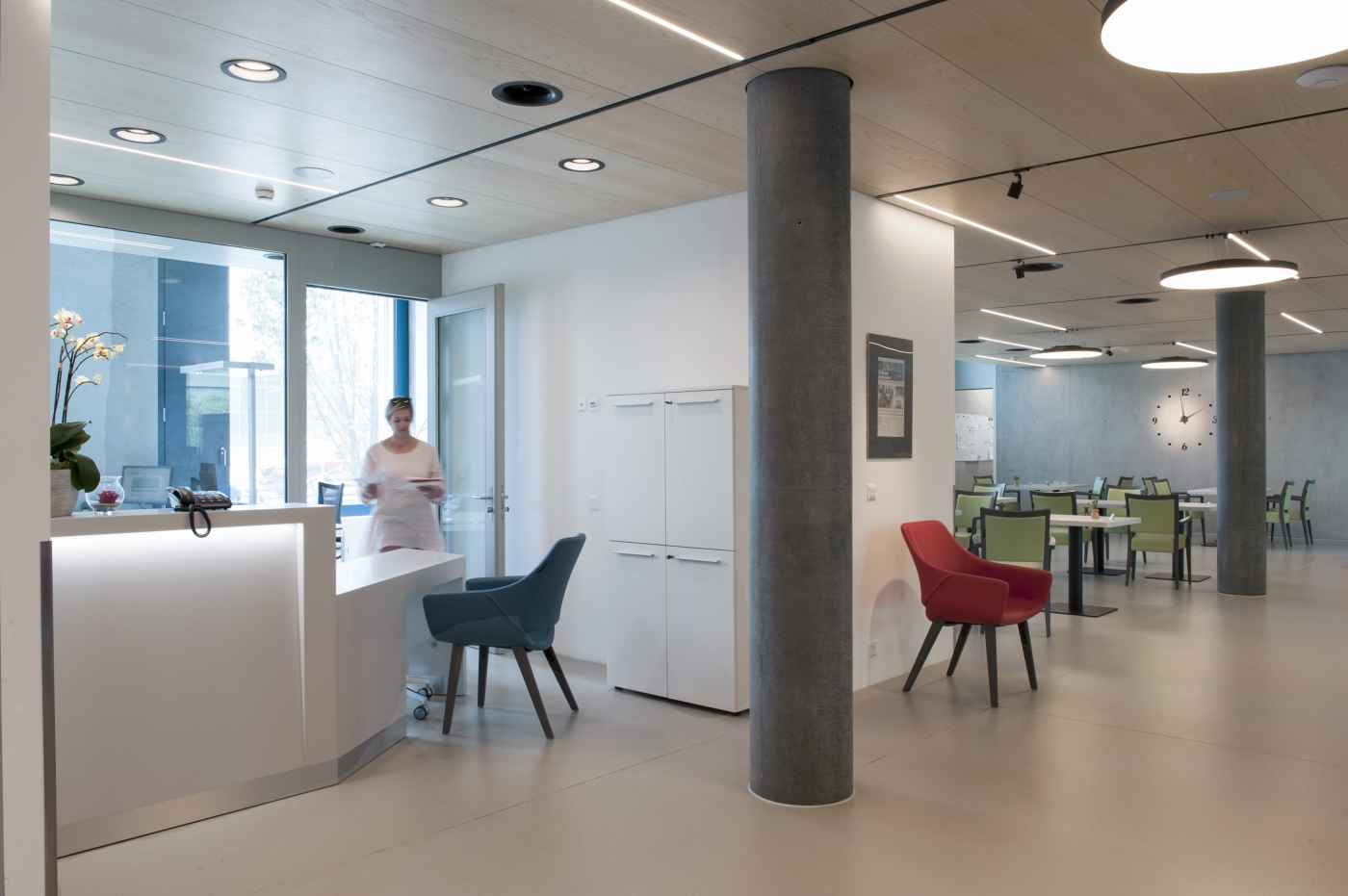 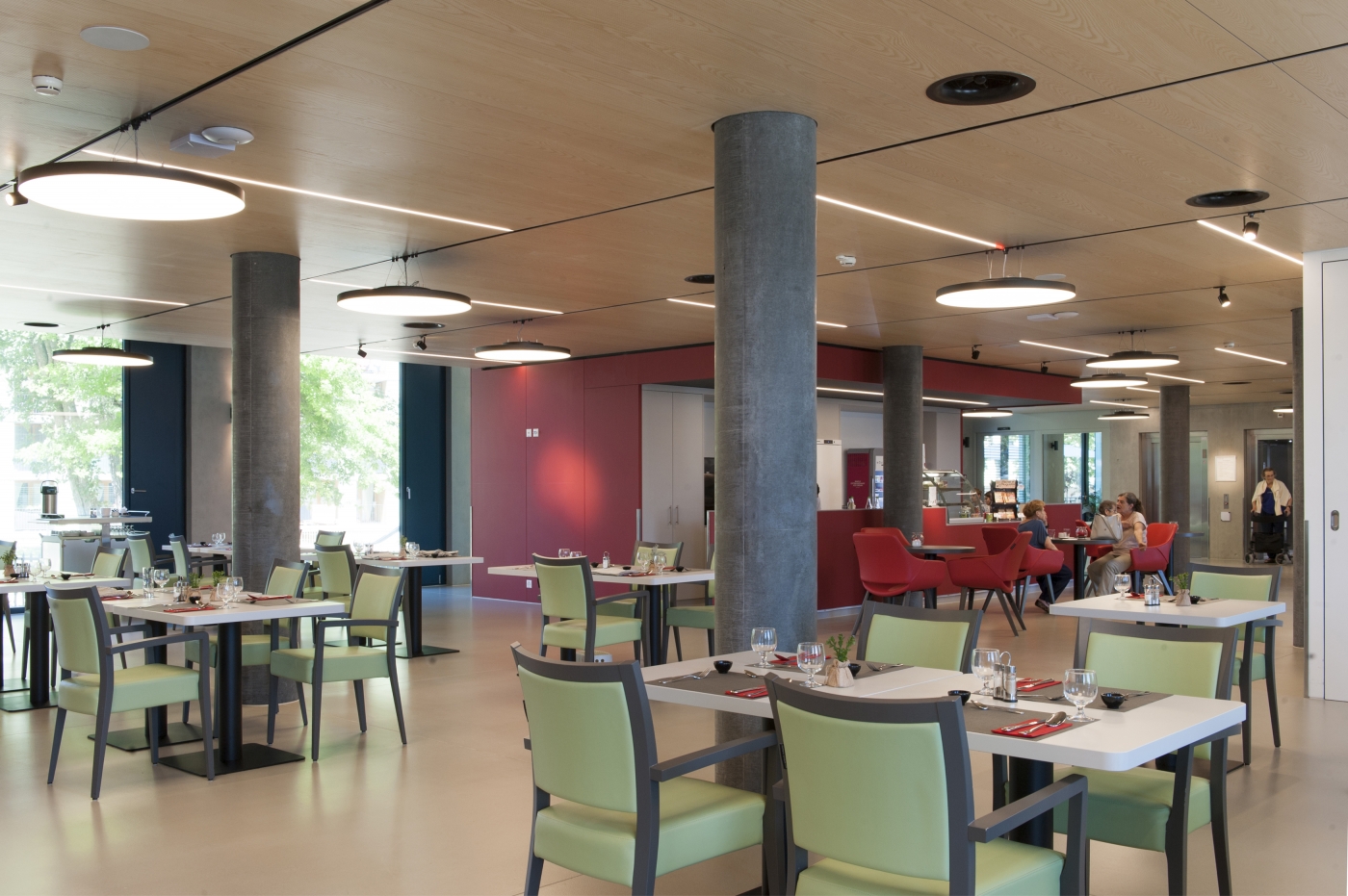 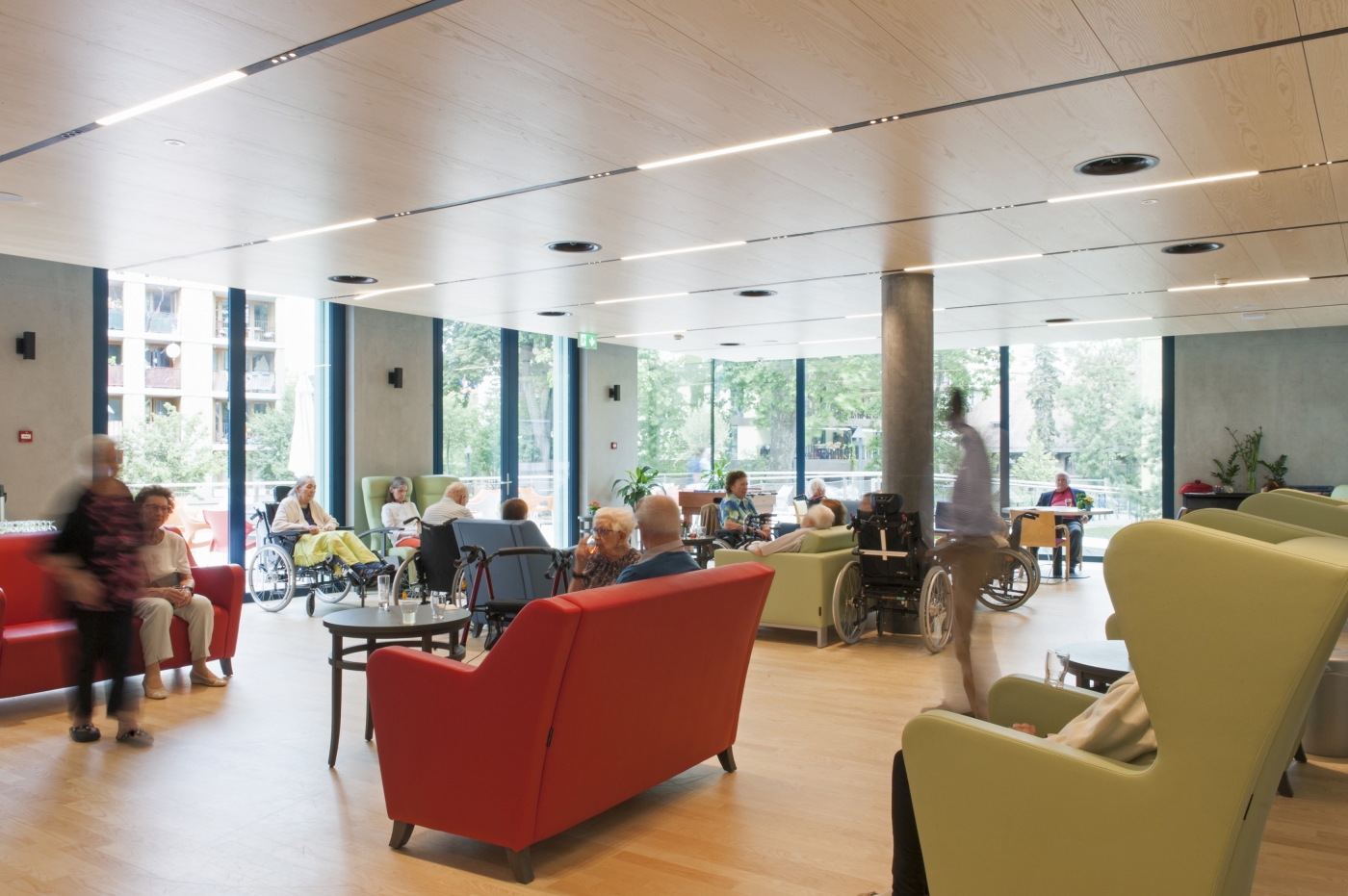 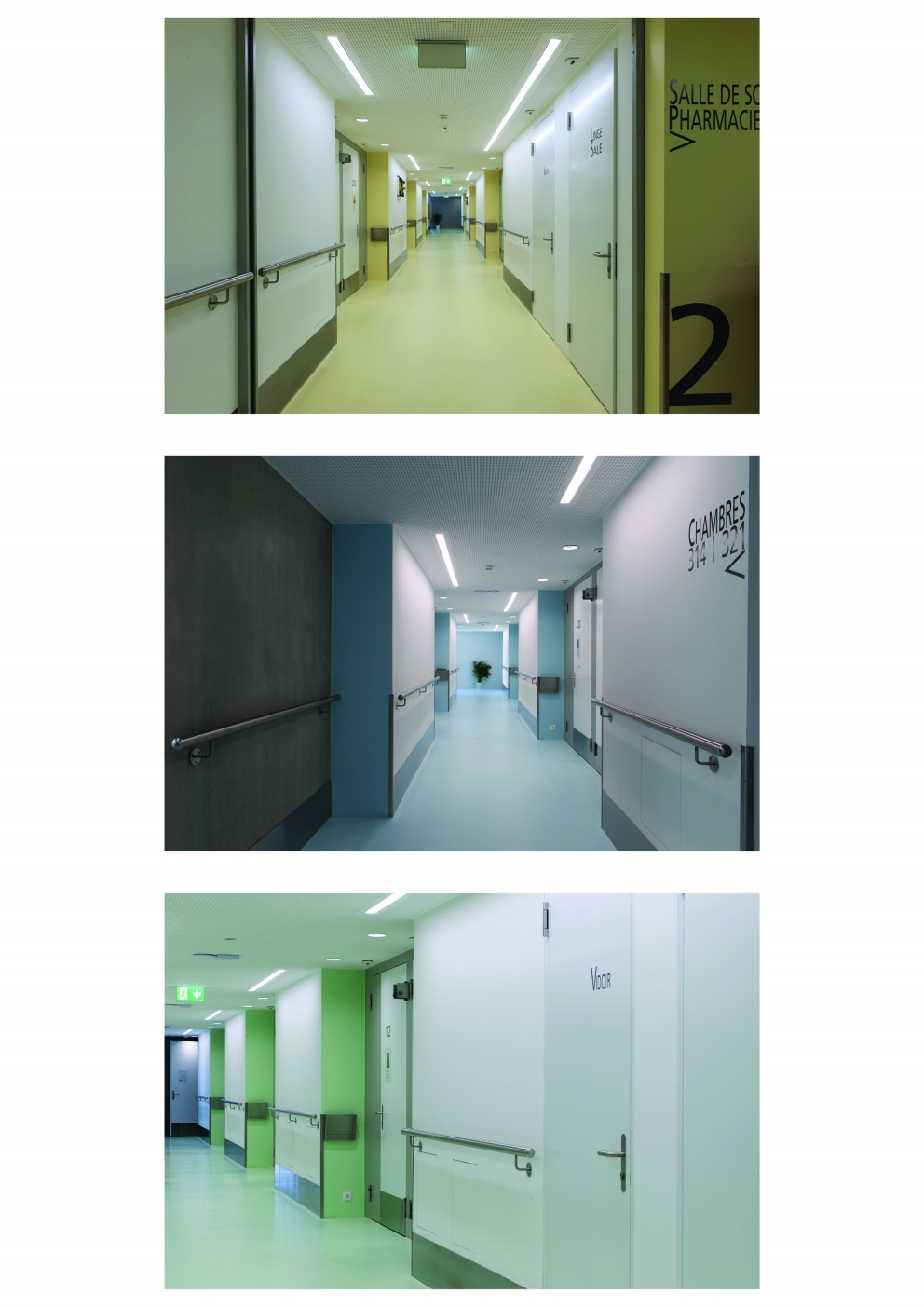 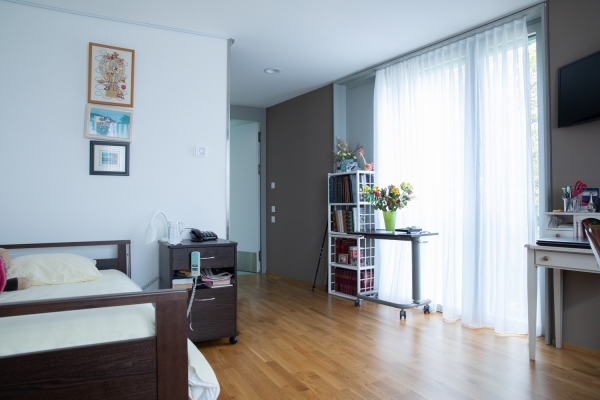 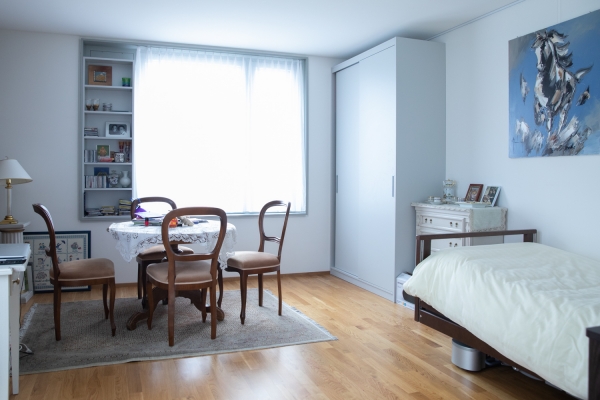 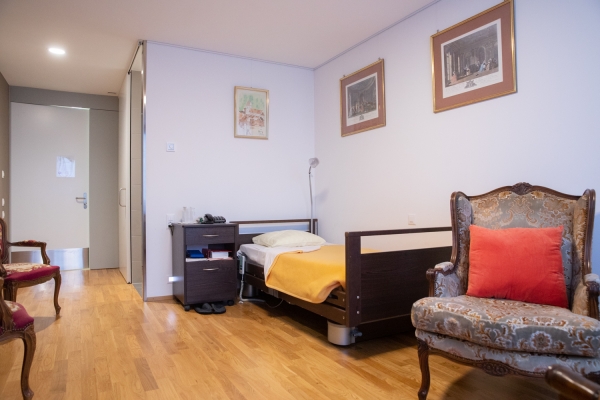 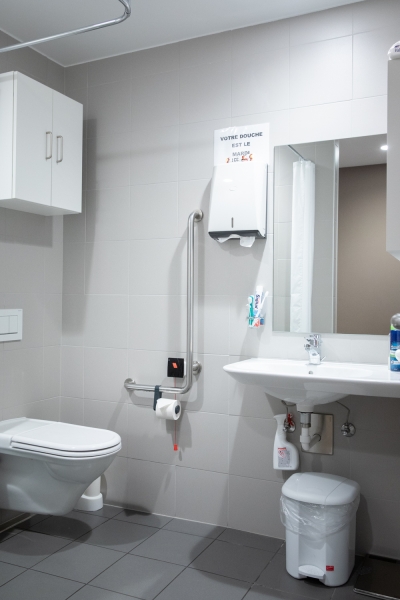 Owner : City of Geneva
60 individual rooms, with private bathrooms
14 independent apartments for seniors
1 community apartment for 4 people.
The housing and the medico-social space, the neighborhood house, as well as the nursery are grouped around the central space and are precisely implanted in this existing public park.
The retirement home is located in this park with the 4 buildings already built and identified by the imperative choice of the green color.
The main facades of the building are composed of 4 horizontal bands inclined in gradation. Its polyphonic quality has the power to restore at all hours of the day the variations of a transformed pictorial resonance.
The interior architectural "elements" (bedrooms, dining room, reading space, etc.) immersed in a pictorial climate adapted to each function melt into a calm and serene ambient and orchestral clarity. The softened and complementary tints are in harmony with the optical mixtures and raise the simultaneous contrasts.
In a dilated present, the reassured and confident actor will walk each day on his new life paths in an atmosphere of comfort.