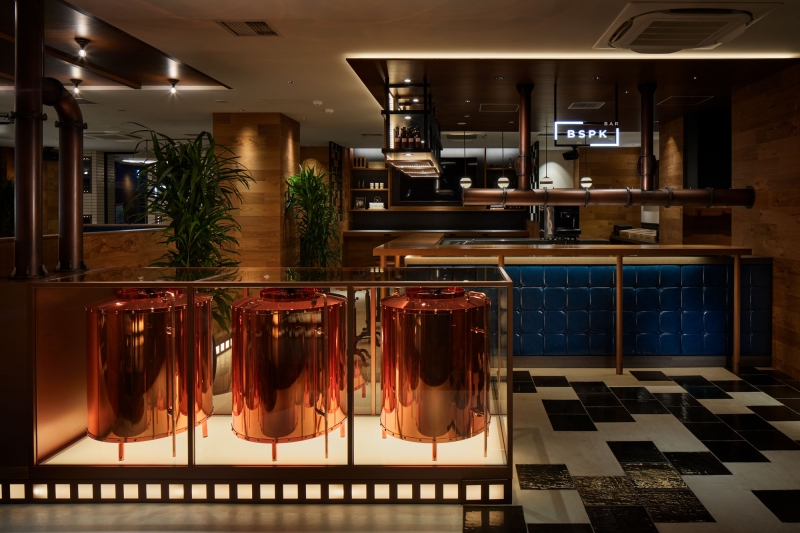 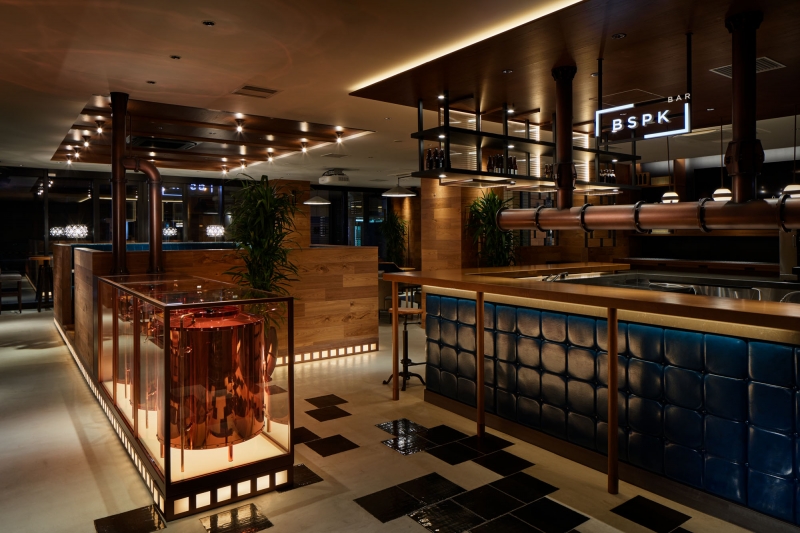 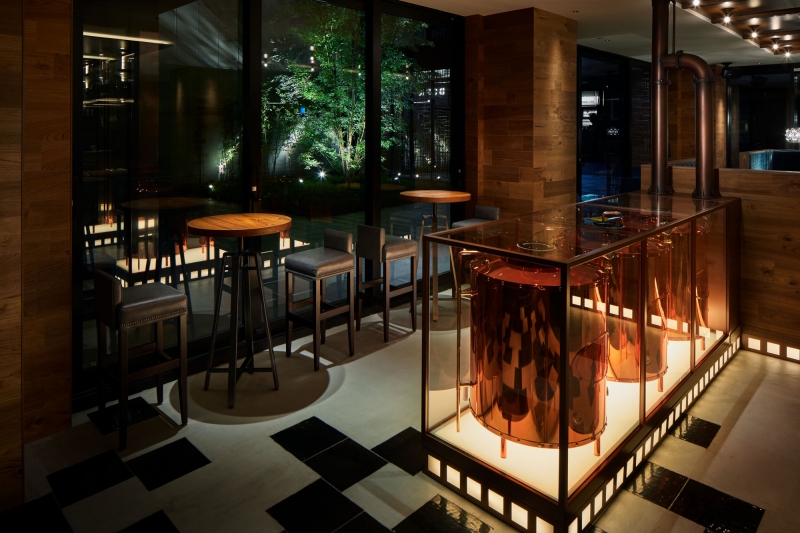 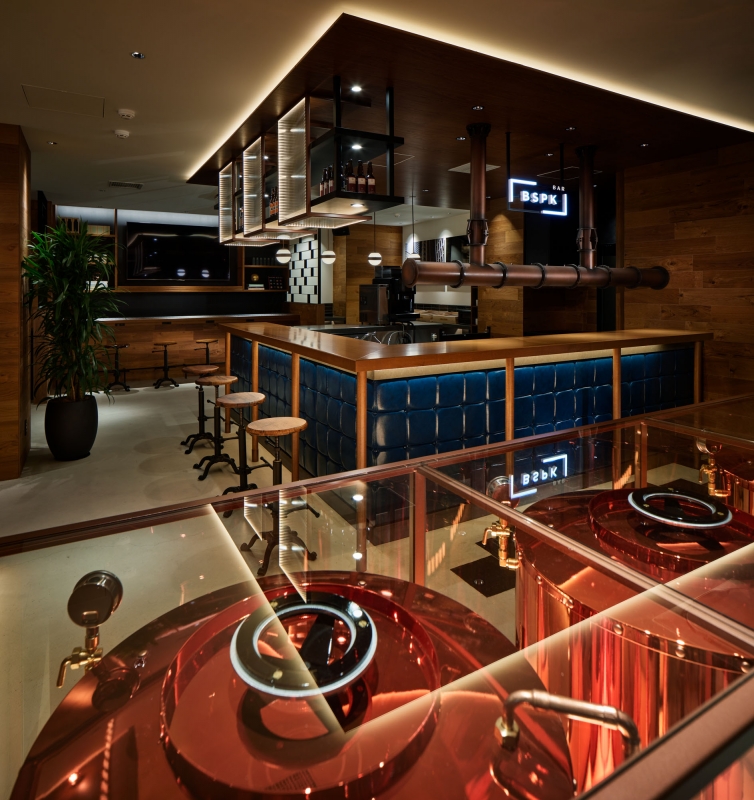 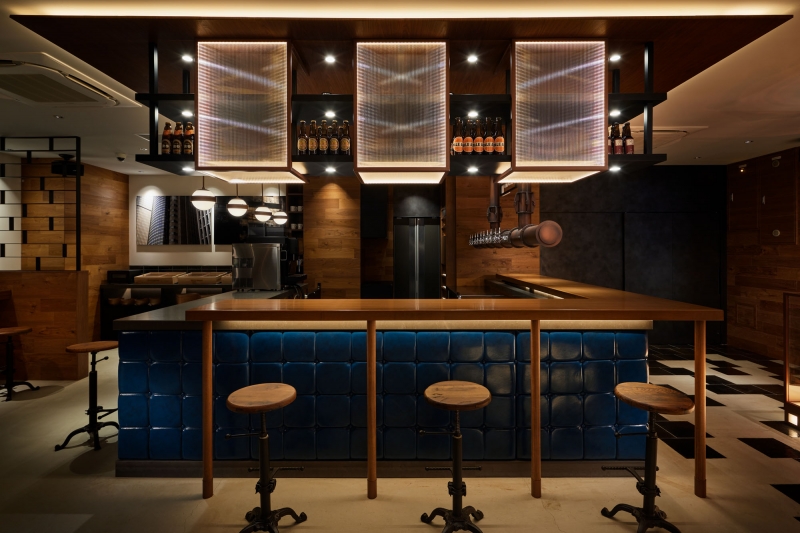 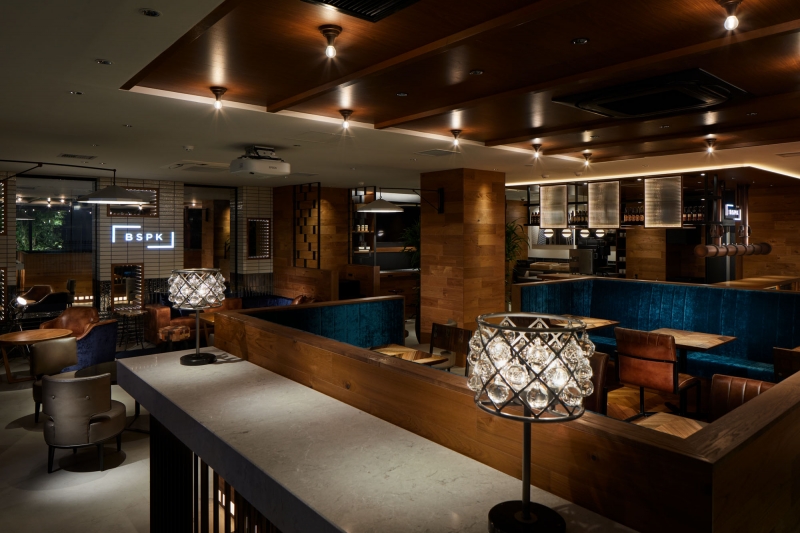 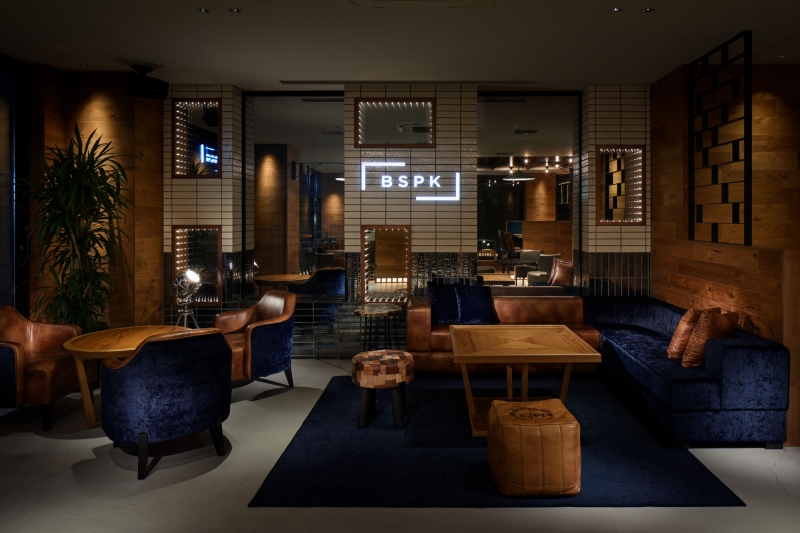 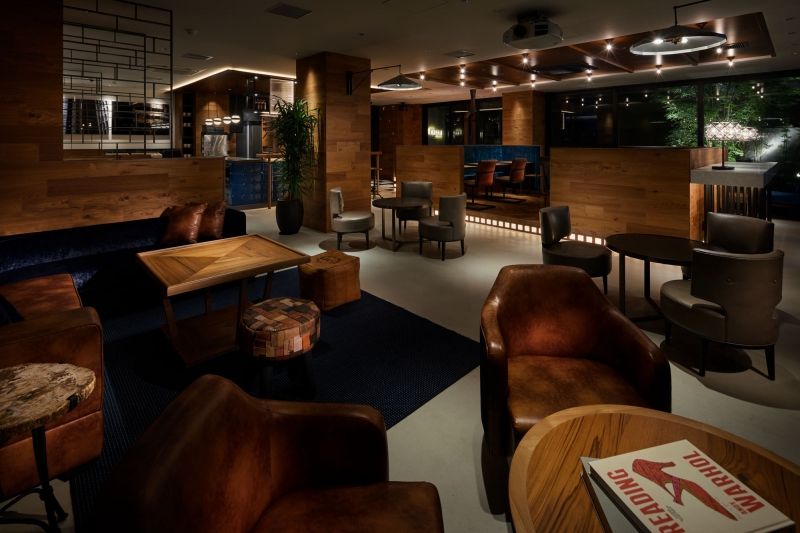 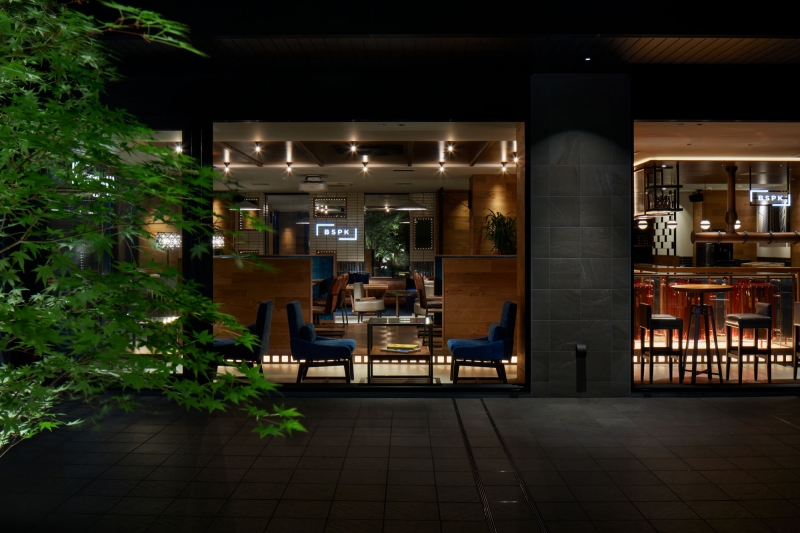 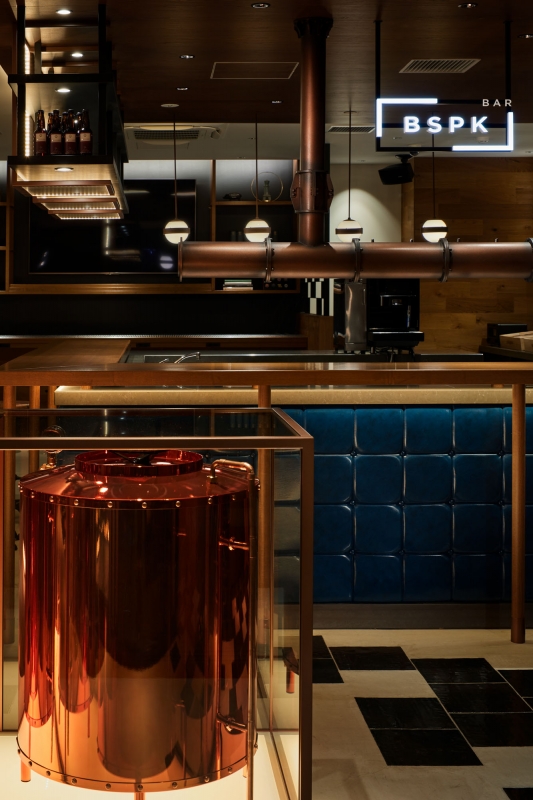 BSPK BAR, the hotel’s original brand of beer bar & lounge, is located on a newly built “bespoke hotel” in Osaka. Since the hotel management style also includes the operation of the lobby lounge, we were requested to create an openness to come and go freely, and also to create a worldview of entertaining food and alcohol after dinnertime. To add a new value role to the affordable hotel was also one of the project attempts.
First of all, to simply express the beer bar, we set up a beer tank and a draft tower in front of the entrance to clearly visualize the bar’s advantage. By covering the tank with glass, it could also be used as a counter table. Secondly, we have integrated the location characteristics into the design. Osaka citizens are fond of witty expressions. Thus, not only did we aim to focus straightly to the beer tank, but also adopted layer-like approach to make items slip in and out of the view. Furthermore, we utilized the figure-ground relations and deliberately scattered the designs in order not to restrict the focal points. Combining real windows with infinite reflection mirrors as a design was one of our thoughts we hit upon from the views mentioned above.