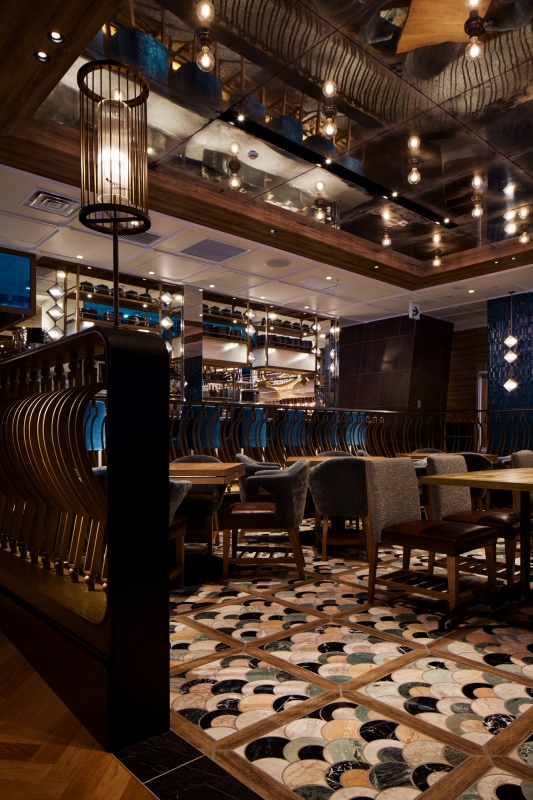 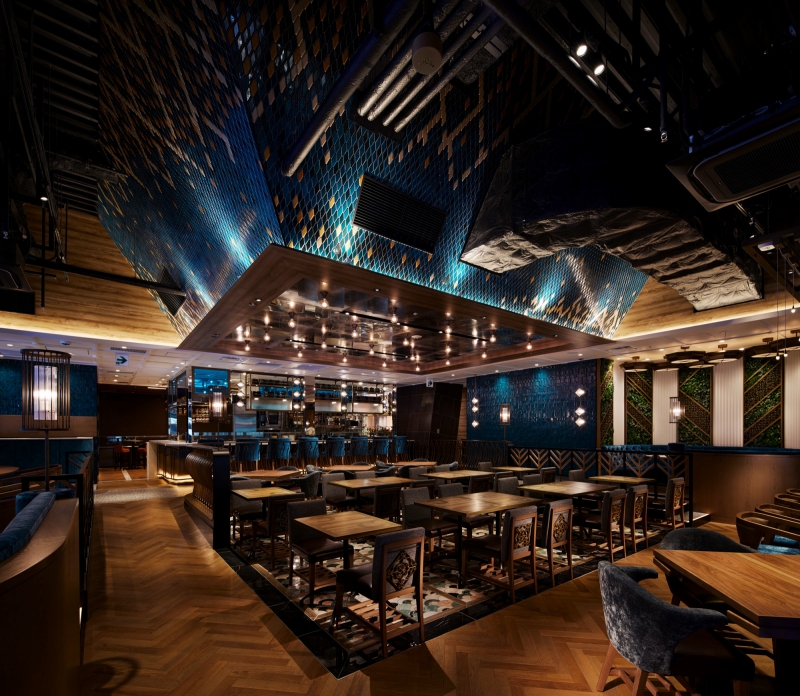 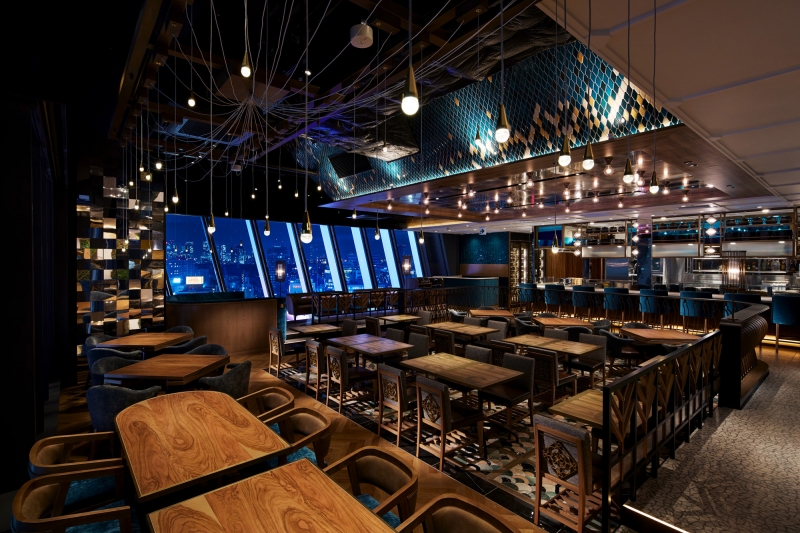 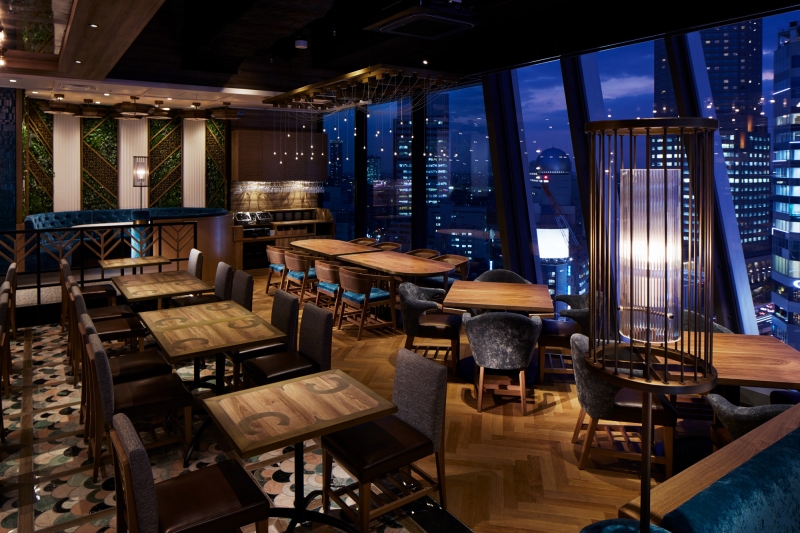 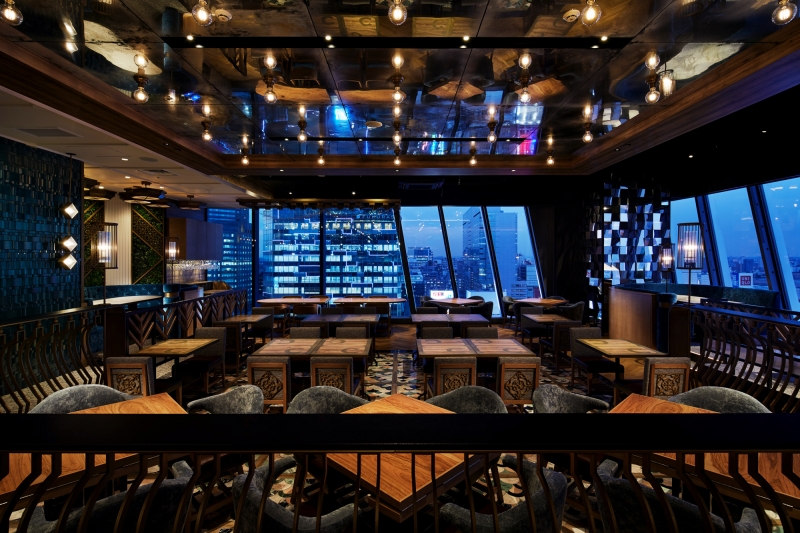 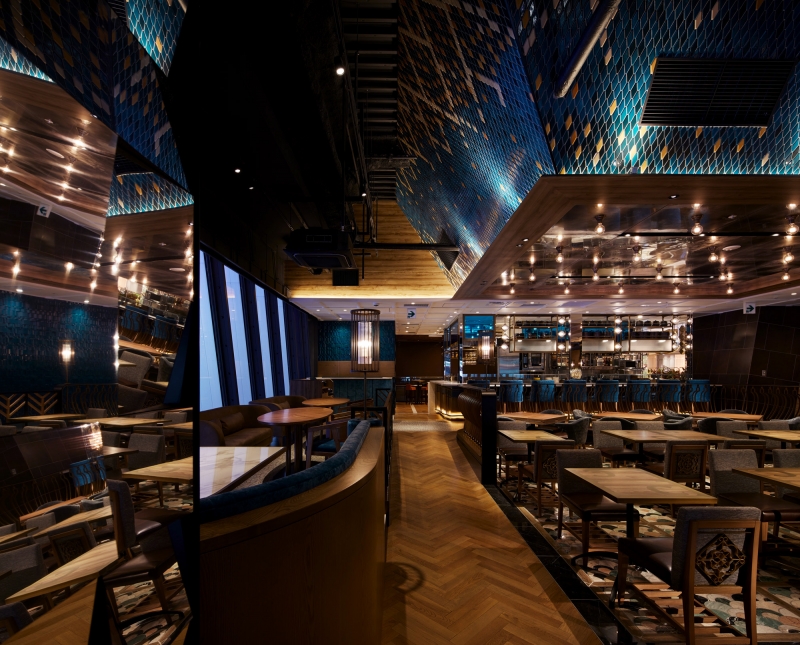 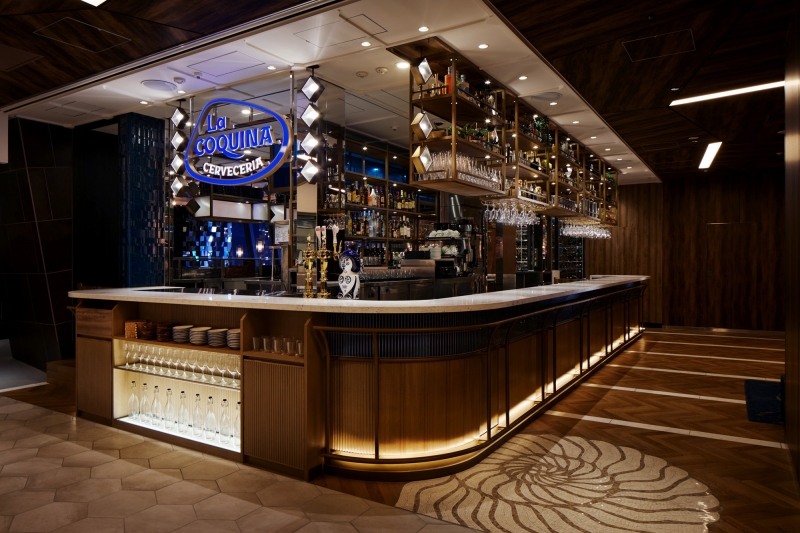 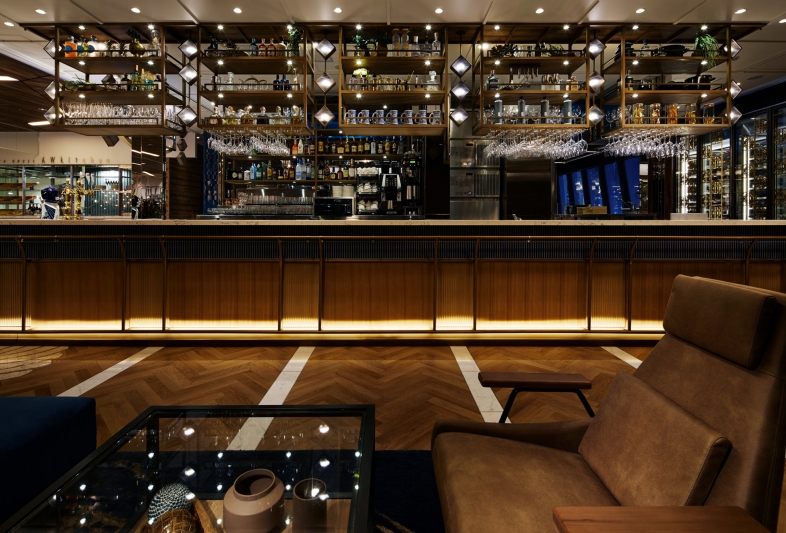 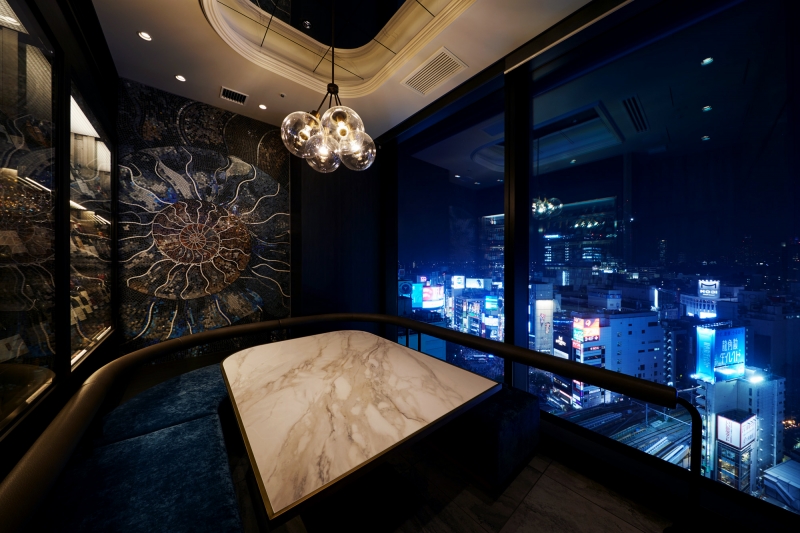 This Spanish cuisine restaurant serves shellfish dishes as main menu. It is located on the upper floor of a newly built commercial building in the middle of Shibuya, Japan.
The design identity of this restaurant comes from the “Shellfish”. From this inspiration, we converted this image to the materials, patterns and forms. What is more, by enhancing the details of the Catalun?a culture in Spain, which is deeply related to the sea, we have generated an extraordinary atmosphere, so- called the trinity of “Shellfish”, “Spain” and the “Sea”.
From the keyword “Shellfish”, no two shellfish here are alike and by focusing on how they look when they are accumulated, we have also designed from the visual appearance side as well as from the aspect of how it would be like to be a shellfish itself. One good example is our ceiling design. We attempted to express the calming atmosphere by utilizing lustrous tiles, patterns and mirrors to describe when looking up from the ocean floor where the shellfish inhabit: the wavering water surface and refraction of the light. In order to suitably match the scenery outside the restaurant, we adopted mosaic mirrors and the sea anemones resembling lightings.