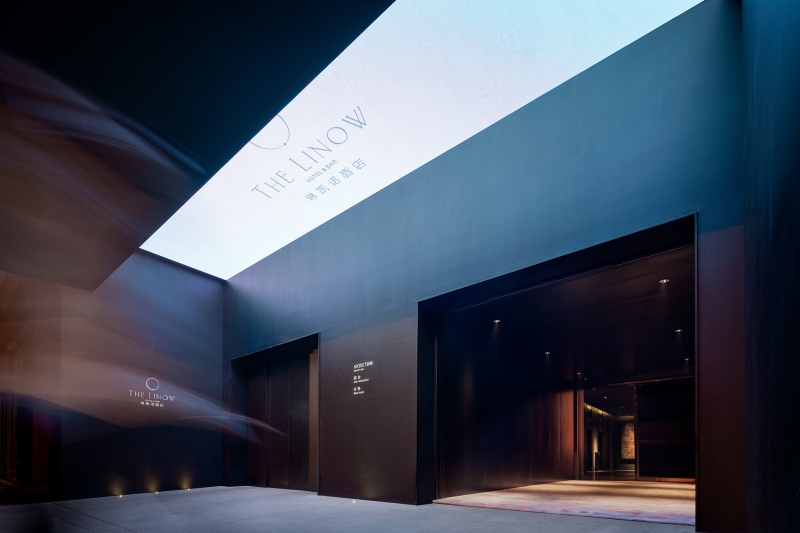 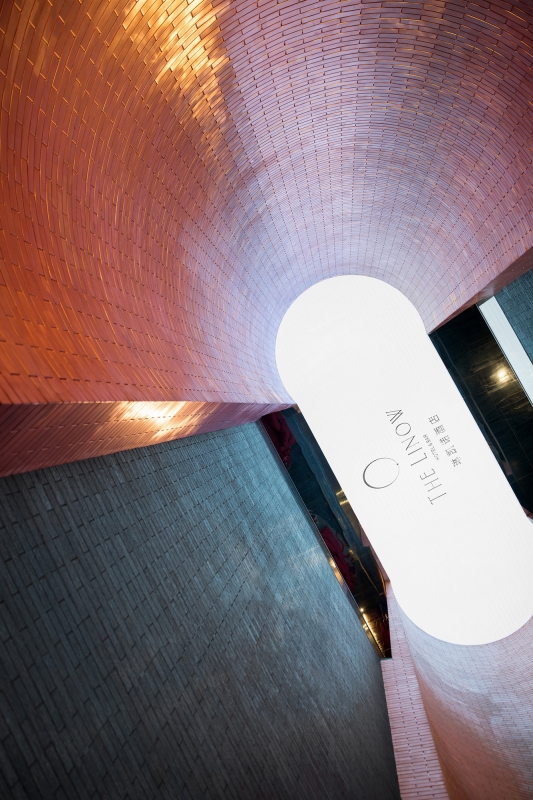 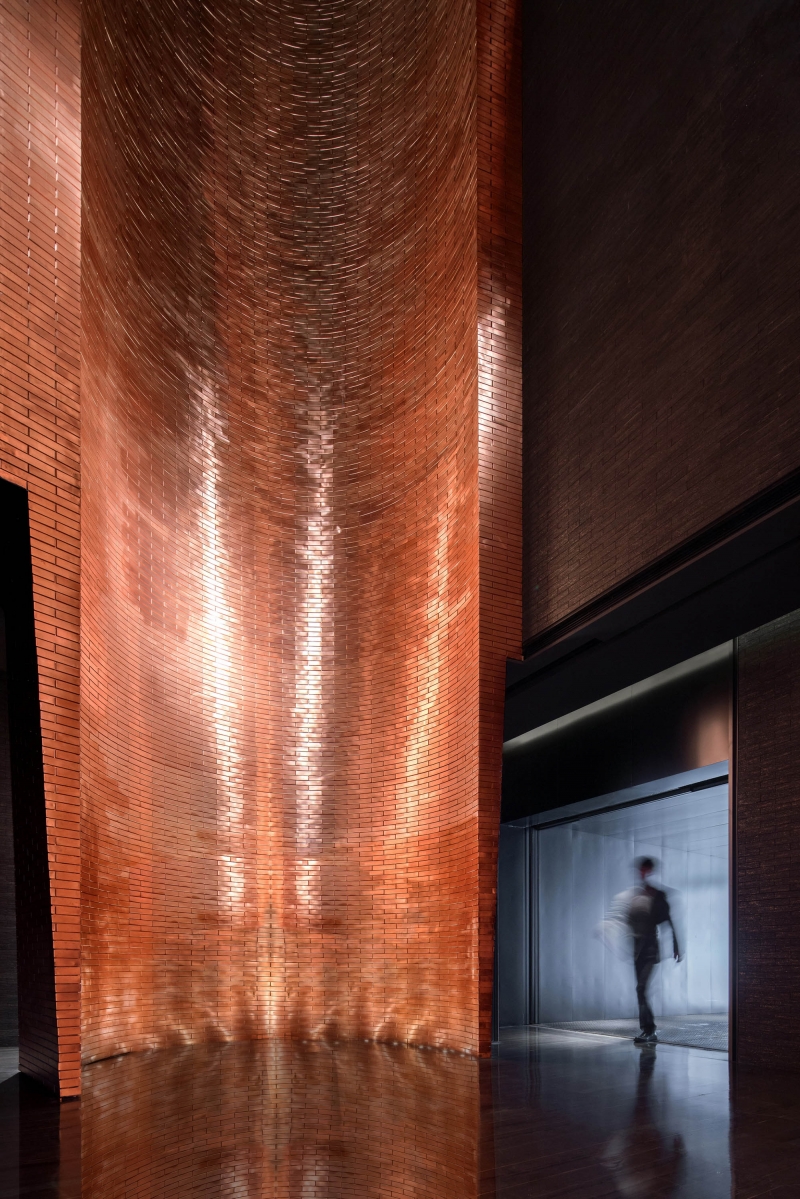 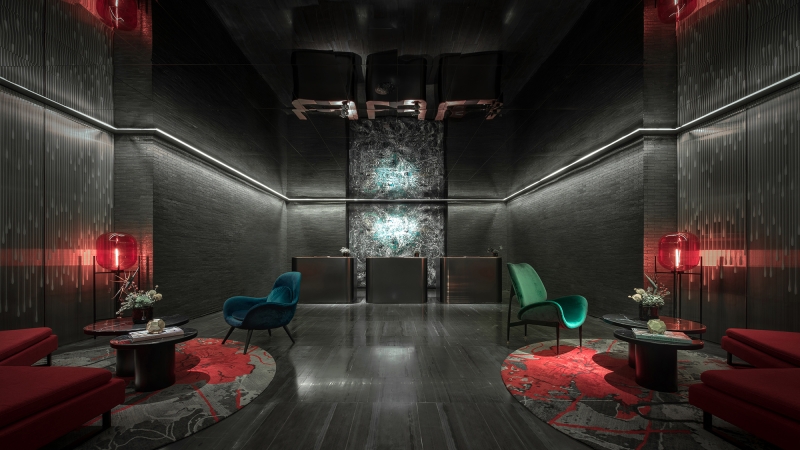 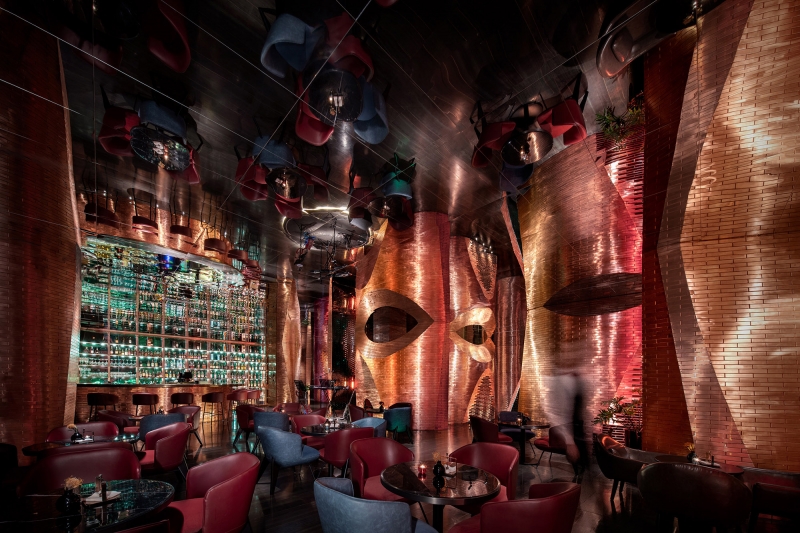 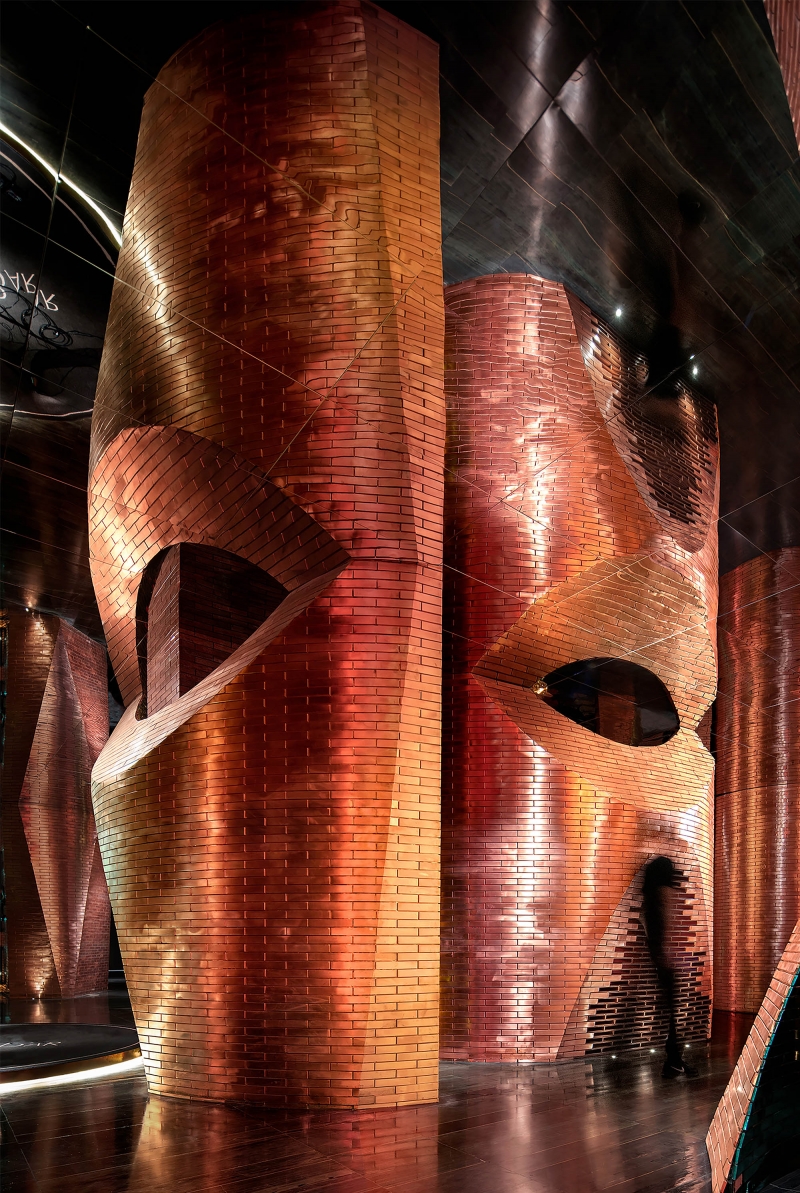 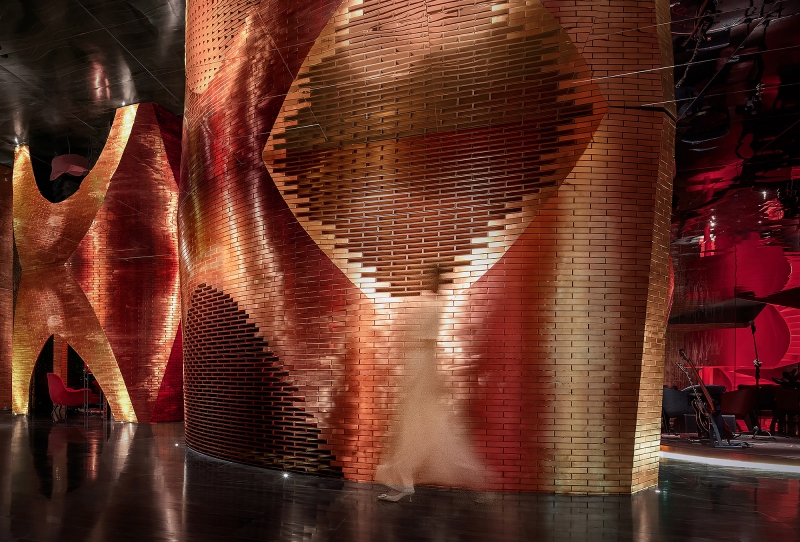 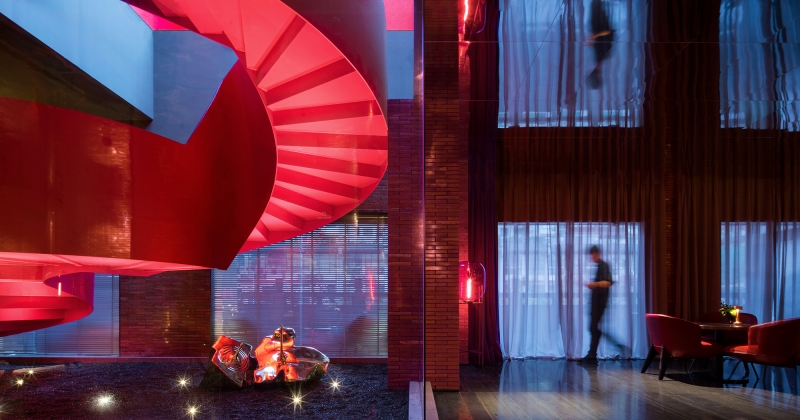 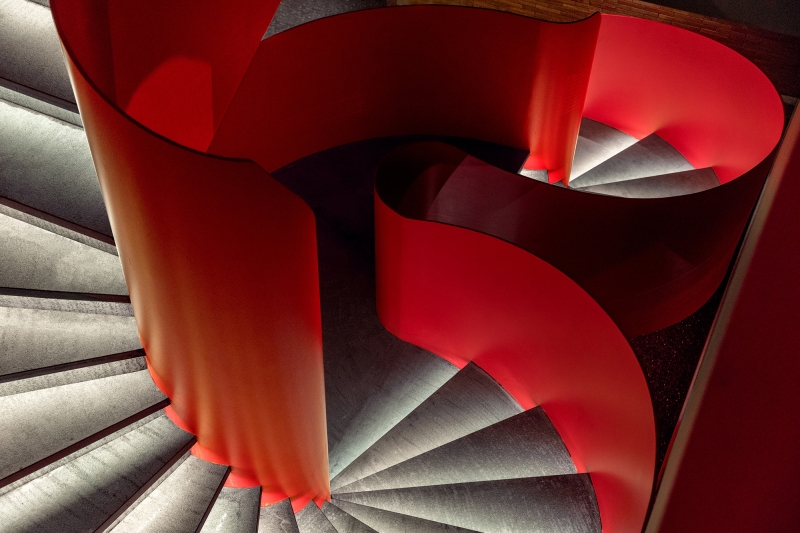 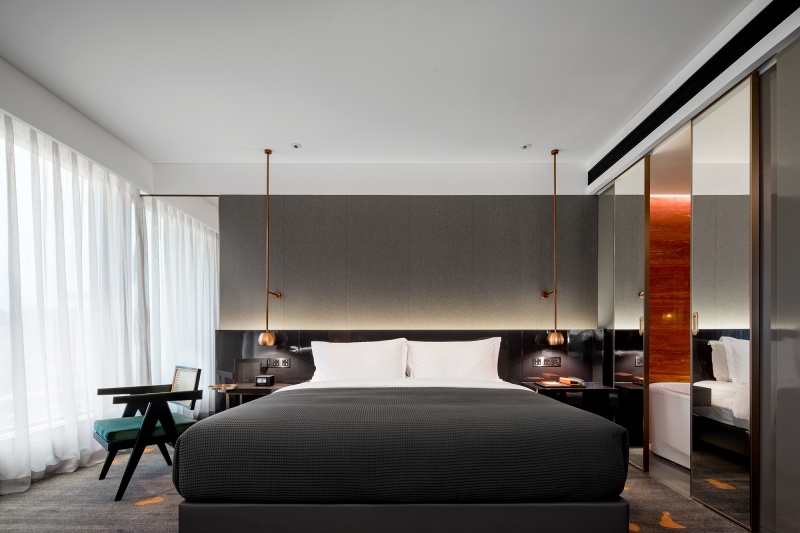 Xi'an is a place full of representatives of human culture, Chang'an, the ancient capital of Xi'an, has been in The City for more than 5600 years and is set to be 1077 years old. LINOW wants to make a design that conforms to the spirit of the city. How to deal with the "retro" and "innovation" conflict?
Xi'an LINOW HOTEL & BAR uses the walls of the ancient capital brick as a key design element that blends "old" and "new" and innovates on materials, colors, contours, lines, and even stacking scales to create a unique, intense and exaggerated sense of space. This becomes a brand new container, with a versatile modern life scene.
Based on this, our design group extracted the elements of Xi'an life for deconstruction. The city wall is the background that people get along with day and night, and the loess high slope is from the color of the land.
The possibility and visual impact of the brick wall are greatly released from laminating patterns and enclosed forms to colors, varying in order. A critical point that can create a brand-new field to get rid of the limitation of history and presents a lighter and unruly connection between yesterday and today.

Bio Republican Metropolis Architecture(RMA) has been committed to the spirit of innovation for the community to provide a variety of design products, creative, imaginative creativity design to drive more brand value, works cover architecture, top club, hotel, restaurant, office, private homes, innovative bold design for the space into the new vitality, during the works won a number of top global event awards